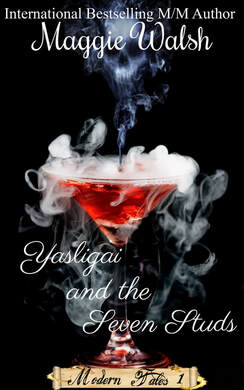 ​When Yasligai returns home from college ready to take back his father's estate, wealth, and company, as was written in the will, he knows he will have a fight on his hands from his evil step-monster.

Going out for a drink with his stepbrother Hunter was not something on his to do list but when Yas leaves a drunken Hunter and heads off to the bathroom the last thing he ever thought he would hear was a conversation between two strange men talking about how they had already snatched Hunter but now needed to grab Yas himself.

Yas manages to sneak away and run before the men can take him too but once they spot him on the streets, the chase is on. Yas is now running for his life and when he literally runs into someone he gets knocked unconscious.

When Yas comes to he finds himself in a strange place surrounded by a group of seven of the hottest men he has ever seen. Can Yas trust these strangers and find a way to save himself and his father’s estate or will his evil step-monster win it all?

Note: originally this was written as a short story for Stormy Glenn's ManLove Fantasies Blogspot Contest. 20,000 words have been added and it has been edited.
Amazon 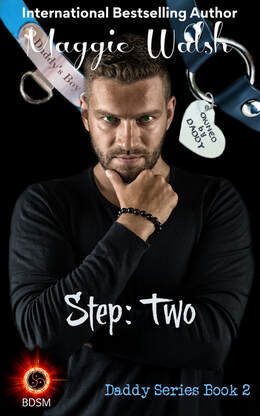 "Step: Two"
Daddy Series book 2
This book picks up exactly where book 1 left off.
Warning: This book may contains triggers for some readers. Extreme BDSM elements, double penetration, triple penetration, scenes of violence.
Ryker and Mason are now engaged and ready to move on with their life together, but memories of Quinn and what they once were begin to consume Ryker. He loves Mason with everything that he is and never wants to let him go. Mason is the perfect boy for him and the love of his life, but having Quinn so close again causes a raging inferno within Ryker to have Quinn back in his life permanently. So does the intense, controlling Daddy Dom move forward with the man who now holds his heart and choose to walk away from the past or does he let the past control him and choose the man that once shattered his heart?

Mason knows his Daddy better than anyone and can see the longing in Ryker’s eyes for the ‘boy’ he once loved and lost. Doubts and insecurities start to build and Mason fears losing his Daddy. He has a decision to make but doesn’t know which way to go that will cause the least amount of damage to his heart. Does he show his Daddy how much he loves him by letting him go or does he hold on with both hands and fight for what he wants? When Mason’s past comes back to haunt him the decision may be out of his hands.

The pull that these three men feel to be together only grows as the months pass but new hurts and insecurities come to the surface threatening to pull them all apart to go their separate ways. But when Mason’s life is in danger, everything changes. Can the heroic act of one force all three of them to be honest with what they truly want and desire or will it be too late? 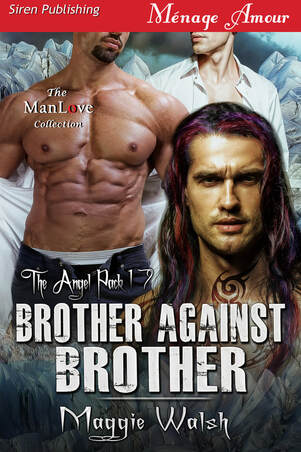 
Gemini, a Legion Warrior who mistakenly takes Zane for a demon, drags him to the Bitter Mountains. When Gemini realizes that Zane may not be who he was looking for but instead his mate, he knows he must fight through hordes of demonic creatures to rescue what fate made specially for him.
Ash is a wolf shifter, who has pined for his mate from afar for over two years but had been afraid to confront Zane because he could see the torment in the man's eyes and didn’t want to add to his mates stress and has been waiting for Zane to come to him.
When Zane approaches Ash on the street he knows something is wrong and that his man is not his Zane, so Ash comes up with a plan to get the man to tell him who he is but when he finds out that this man is actually a demon, Ash realizes he may be in serious trouble.
Daddy On Amazon 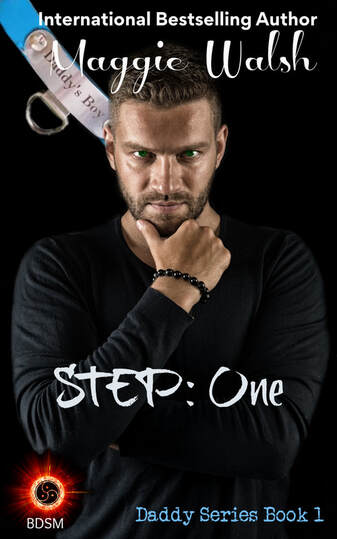 "Step: One"
Daddy Series Book 1
​Ryker is a Daddy Dom with a deep need to take care of others, especially a boy he can call his own. He had a boy once, years ago, with his first love, his step-brother Quinn, but life and family obligations pulled them apart. Now they are brought back together in a shocking twist that could force them to walk away from one another forever.
When a gorgeous stranger enters their lives, Quinn finds himself drawn to the young man, who he finds out to be his new step-son Mason. Quinn hasn’t felt this deep attraction to another man for many years, not since…Ryker, his step-brother and former Daddy. Yet Quinn knows he cannot act upon his desires, because if he did, he risks losing everything.
But Ryker is a single man without the constraints that Quinn finds himself in and he has no problem going after what he wants, and what he wants is Mason, the beautiful young man who Ryker is positive would be the perfect boy.
Old emotions and desires come crashing back and get confused with new jealousies as the lives of these three begin to intertwine. In the end, who will win Daddy’s heart?

WARNING: this book contains description of physical, verbal, and emotional abuse as well as descriptive rape scene from the past.

This is book 15 of the Eternal Flames series, you should read Eternal Flames 1-14 and book 1-10 of Eternal Flames Maddox before this book.
Vano barely made it out of one relationship alive and now Bull is telling him they are mates? How is Vano supposed to trust that this relationship won’t turn out like his past, and what’s going to happen when Vano’s ex lets him know he is back and wants what he deems as his?
Being a former SEAL and Black Op’s specialist, Bull knows how to be patient. With Vano constantly pushing him away, Bull knows he needs to tap into all his training to prove to his mate that he can be trusted. He needs to prove to Vano that he will be there for him no matter what and that Vano’s heart will be safe in Bull’s hands.
However, when Vano’s ex starts making appearances, Bull must do everything he can before he loses his mate forever.